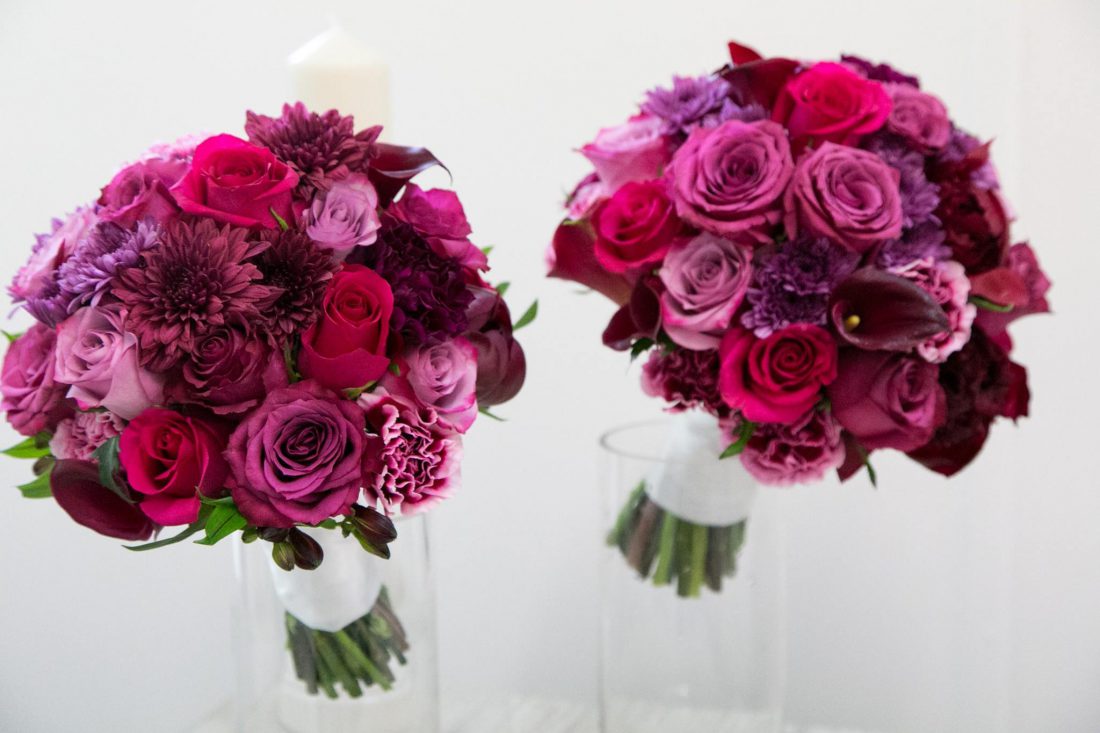 Planning a wedding is stressful enough without having to figure out the difference between a boutonnière and a buttonhole (hint: there is none), or a trailing and a teardrop bouquet. To simplify things, we’ve created a glossary with all the terms you might hear or read in your research and wedding flower planning.

Our guide is rather extensive, there is no need to remember everything on the list. Often more than not your florist will understand what you mean from a general description. And of course, if you’ve come across a term that’s not on the list please leave a comment and we will define it for you and add it to the list.

Aisle: A path between rows of chairs/pews wide enough to allow to people to walk down with space beside them. This is typically the path the bride will walk down to her groom and may be decorated with petals or carpet.

Altar Flowers: These refer to the flowers that sit at the front of the ceremony, where the altar is in the church. The most common Altar Flowers are two feature arrangements, usually on an urn and pedestal, that sit either side of the Altar.

Ballerina Bouquet: A small round posy-style bouquet consisting of a few flowers and a mass of tulle edging around the centre flowers.

Basket Bouquet: Or Basket Flowers. An arrangement of flowers that sit in a shallow basket, a popular item for flower girls.

Biedermeier: A European influenced bouquet is a tightly arranged round bouquet consisting of concentric circles of various differently coloured flowers.

Bloom: Refers to a single flower, particularly the head of the flower. However when used as a verb, eg. the Peonies will bloom in late October, it means the plant will begin flowering at that time.

Bomboniere: Also known as favours, these are small gifts given to wedding guests, often left on your guests table at the reception. They are often personalised, a souvenir of sorts from the wedding.

Bouquet: An arrangement of flowers carried by the bride, bridesmaids and/or flower girls. There are different types of bouquets the most common being a Round Posy or Nosegay.

Bouquet preservation: A technique in which bouquets are preserved so that brides may keep their flowers as a keepsake after the wedding. There are different preservation techniques (such as silicon or freeze drying), which keep the original flowers shape and colour as closely as possible.

Break-apart throw bouquet: See Throw Bouquet. A break-apart bouquet is designed to look like a throw bouquet but will unravel into smaller clusters of flowers when tossed to allow more than one person to catch the bouquet.

Buttonhole: A floral decoration worn on the lapel of a man’s blazer. Most commonly worn by the Groom, Groomsmen and the Father’s of the Bride and Groom.

Cake Flowers (Cake Toppers): These are the fresh flowers that sit atop a cake and sometimes throughout the tiers of the cake. Sometimes these flowers are wired, it is however best to consult you baker first and ask about the types of flowers they would need. It is also best not to leave cake flowers all day on your cake as they wilt, so having cake flowers put on the cake closer to the ceremony is recommended.

Candelabra Flowers: A floral centrepiece created at the base, neck, or top of a multi-armed candelabra.

Cascade Bouquet: Also known as a Trailing Bouquet. A round bouquet at the top with flowers and greenery that flow downward gracefully covering the brides hands. Less formal than a teardrop bouquet, the flowers tend to be looser as they cascade downward.

Circlet: Also known as a Head Wreath or Floral Crown. This is a circular arrangement of flowers that is worn on the head. A very popular accessory for flower girls and brides with a boho or rustic themed wedding.

Composite flower: A single flower, typically a rose, peony or gladiola that has had several more layers of petals wired onto it to create the illusion of one oversized bloom.

Consultation: An in person meeting had between the client(s) and the florist to discuss the requirements for the wedding as well as determine the vision for the day. Some florist may charge a fee for this meeting.

Corsage: Pin On—a small floral decoration consisting of about 5 small blooms worn on the shirt. Typically worn by the Mother of the Bride and Groom. See also: Wrist Corsage.

En masse: refers to a floral design where the design includes three or fewer types of flowers clustered tightly together in a overflowing manner.

Fish bowl: A very popular round vase that resembles a fishbowl.

Floral Chandelier: A floral installation hung from the ceiling made from flowers to resemble a chandelier.

Flower girl wand: A single bloom with it’s stem wrapped entirely in ribbon. Sometimes up to three flowers are used depending on the size of the flower’s bloom.

Garland: Greenery or flowers wired together to create a string of flowers that can be hung as a decoration along stairs, bars, ceilings and other parts of a venue or home.

Hair flowers: Fresh flowers that a worn in the hair, these flowers can be wired. You should consult your hairdresser when ordering Hair Flowers.

Hand tied bouquet: A bouquet shaped while the floral designer holds the flowers in his or her hand.  The natural stems of the flowers are maintained and wrapped in ribbon or lace. Often similar to a Round Posy, typically this style is used when referring to a much looser look.

Honor Bouquet: A bouquet of flowers that is presented to the longest married couple at the wedding reception.

Huppah: or Chuppah. A wedding canopy decorated with flowers that which is part of the traditional Jewish ceremony.

Hurricane: A glass enclosure that sits around a candle to protect the flame.

Natural Stem: Refers to the tying process where a bouquet is bound with ribbon but allows at least an inch and a half of stem to show at the bottom of the bouquet.

Nosegay bouquet: A large round shaped bouquet, composed densely of flowers, greenery, and occasionally herbs and berries. Bound with a ribbon and stems cut to a uniform length. See also—Posy bouquet.

Organza: a transparent and thin fabric made of synthetic yarn or silk. Used for Pew Bows.

Pageant bouquet: Also known as Presentation style bouquets or arm sheath bouquets. This style of bouquet is designed to be cradled in the bride’s arms, made with long-stemmed flowers such as roses, calla lilies or orchids.

Pew: a long bench with a back, placed in rows in churches to seat the congregation. May also refer to the end chair in a row of chairs along the aisle.

Pew bows: Typically made from Satin or Organza, these are bows tied the end pews along the aisles in churches or end chair, in a row of chairs, along the aisle.

Pomander: Also known as a kissing ball or a floral ball, is a foam ball covered in blooms suspended with a ribbon handle. It’s a very popular style for flower girls and sometimes bridesmaids but is not commonly used by the bride.

Posy bouquet: A round shaped bouquet, bound with ribbon and stems cut to a uniform length. Large Posy Bouquets may also be referred to as Nosegay Bouquets.

Posy bowl: An arrangement made in

Satin: A smooth and glossy fabric, similar to silk. Used for pew bows and to wrap bouquet stems.

Seasonal flowers: Refers to the selection of flowers blooming at the time of your wedding.

Tea light: A small candle contained in an aluminum or plastic cup which burns for 3-4 hours.

Teardrop bouquet: A teardrop shaped bouquet with a full rounded top tapering gently to a tip, smaller than a cascade/trailing bouquet and more structured as the flowers are all wired together.

Throw bouquet: (or Toss bouquet) A smaller bouquet made to mimic the style of the bride’s bouquet which is thrown backward to the female wedding guests at the reception. Tradition states that the woman who catches the bouquet will be the next to marry.

Tulle: A soft net-like material made from silk, cotton or nylon, that is used typically for veils and dresses but may be used for pew bows.

Tussie Mussie: from the Victorian era, a small metallic cone used for holding the stems of a bouquet, uncommon in weddings today.

Votive candle: A short candle that typically will burn for 8-10 hours.

Votive holder: A small glass cup which a tea light or votive candle sits in.

Wreath: A ring or U shaped arrangement of flowers or greenery used for decoration.

Wrist Corsage or Wristage: a small floral decoration consisting of about 5 small blooms worn on the wrist. Typically worn by the Mother of the Bride and Groom. See also: Corsage—pin on .